Soft rots of stored potatoes can be caused by a number of bacterial pathogens and no chemical controls are available for the causative diseases, either in the growing crop or the stored tubers.  One notifiable quarantine  bacteria responsible for soft rot is Clavibacter michiganensissubsp.sepedonicus (ring rot). Tuber symptoms are similar to those of brown rot, but the initial discoloration of the vascular ring is usually glassy and water-soaked rather than brown, and the ooze from the ring has a cheese-like consistency. External symptoms such as ooze from the eyes is also less common. Tuber testing and potato wash water tests including traditional isolations, fatty acid profiling, immunoflourescence, and DNA-based techniques such as PCR. and DNA sequencing are available to determine the presence of ring rot.

Species-specific detection can be achieved within 30 minutes from a simple crude extraction using the LAMP assay running on a Genie II instrument. The assay can be used in parallel with the plant control assay (COX (- cytochrome oxidase gene), which allows for the detection of host plant DNA, which acts as an internal control assay to assist in the interpretation of negative results. 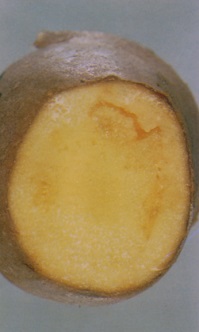 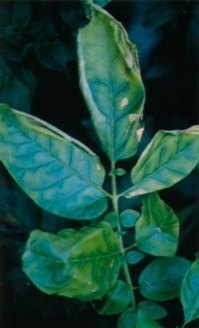