Development of a LAMP assay to detect Schmallenberg Virus

Between August and October 2011, outbreaks of disease in adult cattle were reported in both the Netherlands and Germany. Symptoms included mild to moderate fever, reduced milk yield, loss of appetite, loss of body condition and diarrhoea. From December 2011, abortion and stillbirths (associated with foetal abnormalities) were observed in sheep, cattle and goats. Testing for common livestock diseases proved negative and a new virus, the Schmallenberg virus, was identified. 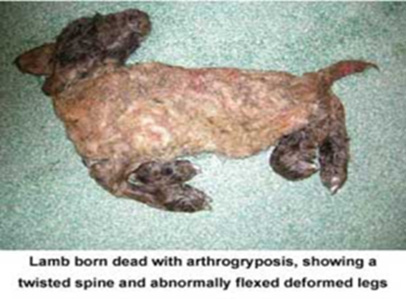 The Schmallenberg virus is in the Simbu serogroup of the Orthobunyavirus group. Viruses from this group are usually found in Asia, Africa and Australia, but have not previously been identified in Europe. In early 2012, the first cases were observed in the south and east of England.

Six LAMP assays to detect the Schmallenberg virus, were designed by OptiGene using LAMP Designer software (OptiGene). This is a custom software program for the design of LAMP primers. The sequence of interest can be retrieved from DNA databases using an accession number, from a text file or by cutting and pasting.

The inbuilt search algorithm finds the best primers with the most accurate melting temperature using the nearest neighbour thermodynamic algorithm. Primers are screened for secondary structures, dimers, hairpins, homologies and physical properties before the optimal results are ranked in order.

Oligonucleotides (synthesised in house) and Isothermal Mastermix were supplied to the Technology Transfer Unit at the AHVLA to test using the Genie® II platform. The novel GspSSD DNA Polymerase in the ISO-001 mastermix has strong reverse transcriptase activity uniquely allowing single enzyme RT-LAMP, so there is no need for a separate thermostable RT enzyme.

RNA extracts from five UK strains of the Schmallenberg virus were tested against each of the LAMP assays. The LAMP assays were run on the Genie® II at 65°C for 45 minutes and fluorescence was detected against time. Amplified products were confirmed on the Genie® II by running an anneal gradient step and monitoring the annealing temperature specific to the amplicon. This eliminates the need for gel electrophoresis or turbidity detection and allows for a closed-tube system.

We have successfully developed LAMP assays to detect the Schmallenberg virus. At least two of the assays detected all of the RNA clinical samples tested in under 20 minutes. The assay is simple to perform and as a reverse transcriptase enzyme is included in the mastermix no additional step is required. Loop-mediated isothermal DNA amplification offers highly specific and rapid nucleic acid detection and is a true alternative to PCR for DNA diagnostics. LAMP provides an alternative to PCR-based detection assays due to its simple operation, equal sensitivity and rapid target detection.

We would like to thank the Virology Department at the AHVLA for supplying RNA extracts and the Technology Transfer Unit at AHVLA for testing the LAMP assays.